Southampton won their last Premier League match against Leicester (2-1 in January), and are looking to secure consecutive wins over them in the competition for the first time since 2001. Southampton have been shown five red cards in Premier League games against Leicester, more than they have vs any other side. They had a red card against the Foxes in both games last season – they’ve never had a player sent off in three consecutive games against an opponent in the competition. Southampton have been losing at half-time in 55.56% of their PL matches this season. Three of the previous five PL H2H meetings have produced exactly three match goals. Leicester have conceded 62.5% of their PL goals in the opening 30 minutes of the match.

Southampton’s poor start to the season sees them hovering just above the Premier League (PL) relegation zone (W2, D2, L5). Leaking goals has been their biggest issue so far – their average of 1.78 goals conceded per game is the third-highest in the PL. Additionally, they have conceded two or more goals in three of their previous four PL matches. Forward Danny Ings can boast five goals in four competitive appearances for Southampton – four of the strikes came before half-time. Ralph Hasenhuttl’s side have been slow starters in their league matches so far and are yet to score a goal inside the opening 15 minutes of any PL match. They do tend to wake up after the half-time break though, scoring 77.76% of their league goals in the second half.

It’s been a much brighter start to the season for Leicester who have won five of their opening nine PL matches (W5, D2, L2). Their success has been built on strong defensive foundations – their average of 0.89 goals conceded is the third-lowest in the PL. Additionally, they have conceded just twice after half-time all season. The ever-dangerous Jamie Vardy has scored five goals in six PL matches – three of which came in the second half. The ‘Foxes’ have won two of the previous four PL H2H meetings (W2, D1, L1). Notably, both came as the away side on the day. Additionally, they have scored two or more goals in three of their previous four PL visits to St Marys. 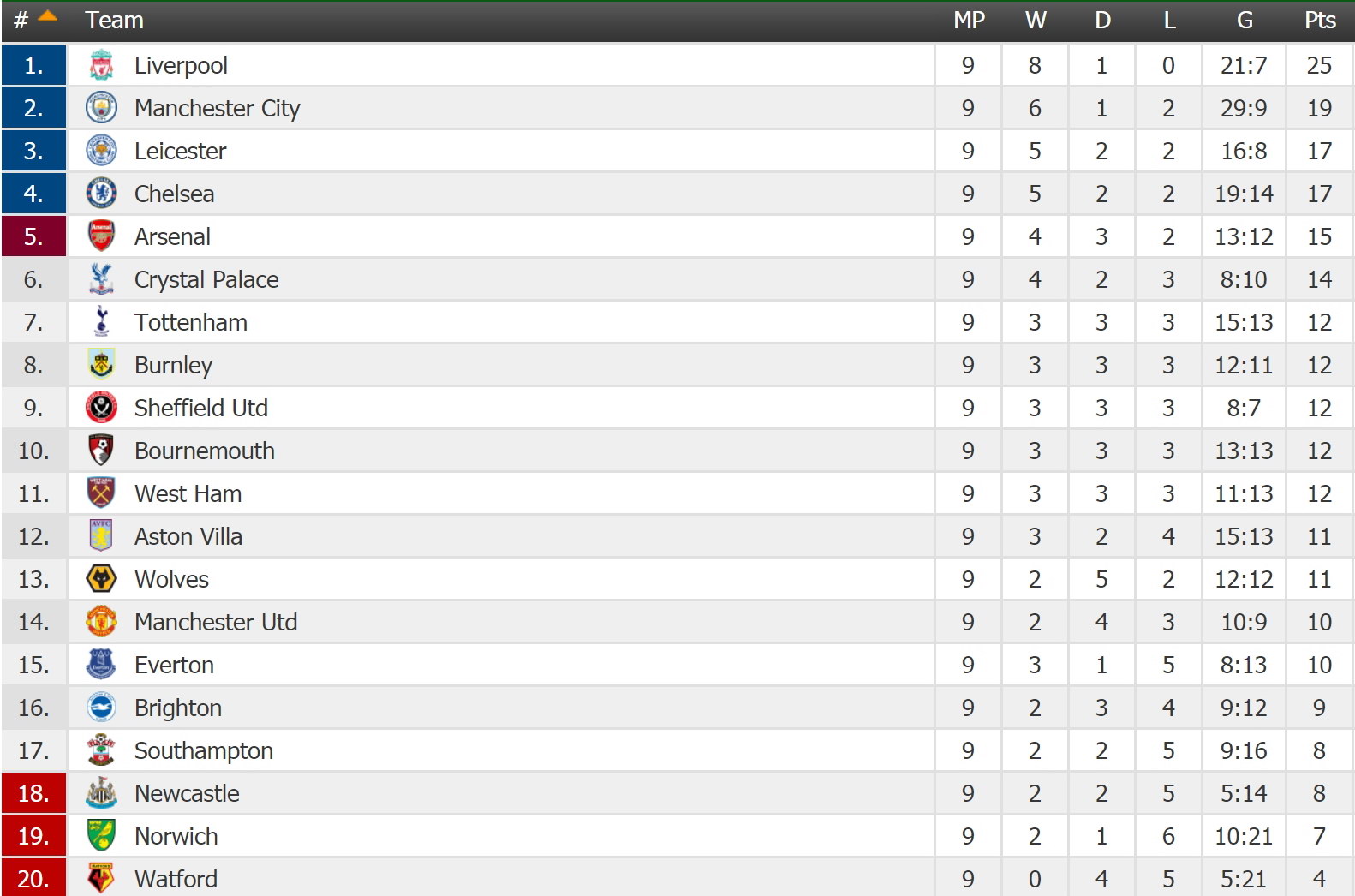