Sheffield United have won the last six home league matches (one PL, five Championship) in which striker David McGoldrick has scored. He’ll face West Ham’s Łukasz Fabiański, who has saved more penalties than any other PL goalkeeper since the start of the 2016/17 campaign (seven).Across their last seven PL outings, only once have bottom-side Sheffield United been losing after 30 minutes.

Sheffield United’s one point from their opening eight Premier League (PL) matches (D1, L7) is the joint-worst return of any side in the league’s history. They have at least scored in four of their past five, and opened the scoring in two of their last three. Yet with all four of their goals scored coming in either the first 15 minutes (x2) or after the 75th minute (x2), Sheffield could do with switching ‘on’ for the other 60 minutes! The ‘Blades’ will be concerned at going five PL home encounters without winning (D1, L4), which is their longest winless streak at home since 2016. They’ve failed to score in four of those five in question, but only four times since their PL return in 2019 have they conceded 2+ in a home fixture (D1, L3).

West Ham United manager David Moyes may be looking forward to this renewal considering he has lost only one of seven managerial meetings with Sheffield Utd (W4, D2). Three of those wins came without conceding, and the same can be said of West Ham’s past three PL victories. They are, however, winless in 2020/21 PL action when conceding the first goal (D1, L2). Amassing the joint-second most PL away yellow-cards this season (nine), a combative approach could be possible from Moyes’ men here, although it’s yet to really pay dividends this season with just one road victory (D1, L2). More encouragement comes from West Ham scoring in seven PL away encounters in succession (W2, D3, L2), while also retaining a clean sheet in their last four away league wins. 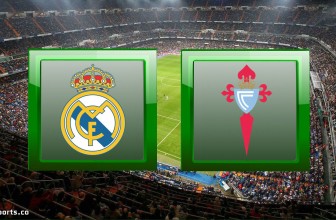