Napoli’s shock defeat to Cagliari midweek (1-0) ended their three-game winning streak in all competitions. The two Serie A (SA) games the ‘Partenopei‘ have lost this term have now involved conceding game-winning goals in the final five minutes, and their defence clearly needs to concentrate as the game draws on having shipped five of the nine goals they’ve conceded this league campaign after the 60th minute. However the hosts have lost only three SA home games since the beginning of the 2018/19 season, losing by a one-goal margin each time. They have also won their last six SA home fixtures against newly promoted teams, registering five clean sheets, and scoring a combined 21 goals (3.5 per game average).

Brescia lost 2-1 to Juventus midweek, meaning all five of their SA matches have ended via a one-goal margin. Furthermore, all three away games finished by a 1-0 scoreline either way, with Brescia netting the game’s only goal within the 15 minutes following half-time in both victories. Yet the last time Brescia scored in a SA game against Napoli was back in 2001. Although encouragement for travelling fans will come from the fact ‘Le Rondinelle’ have found the net in five of their six competitive games this term, with five of their seven goals arriving before the break. 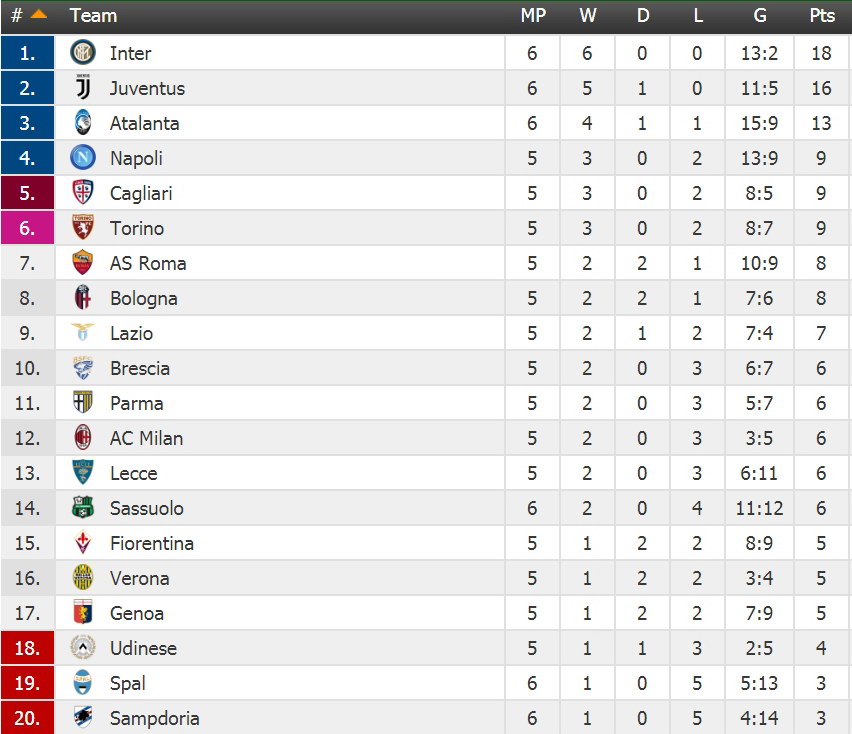