Amid their best start to a Bundesliga campaign since last winning the title in 1976/77, leaders Borussia Mönchengladbach (W9, D1, L3) will look to continue their excellent home record in December that’s seen them lose just once since 2011/12 (W12, D3). They can also boast a decent record versus champions Bayern Munich, losing just 40% of the past ten overall Bundesliga H2Hs (W4, D2, L4). On the back of five straight league wins at Borussia-Park, no side has seen more total goals at home than the 4.14 goals seen on average in Gladbach’s games. All but one of those home matches saw both teams score, while five of the six games to find a winner saw a multi-goal margin of success.

It’s been a poor season so far by Bayern’s standards (W7, D3, L3), much like last season, when from Nov 24 they lost just one league game en route to the title. Still, after losing last week, they haven’t lost two league games in a row since Sept/Oct last year when they got thumped 3-0 by none other than Gladbach. Despite their indifferent form, Bayern have lost just once on their travels this season (W3, D2) and been behind also just once at half-time. Perhaps unusually, all six of their away league trips have been ‘decided’ by the break, with the half-time result replicated come full-time.

Players to watch: Lars Stindl (BMG) is yet to score a league goal this term, but did score in both Bundesliga H2Hs last season. Despite scoring 28 competitive goals in 21 games for Bayern this season, Robert Lewandowski has scored just one goal from the 81st minute till full-time.

Stat attack: The last four Bundesliga H2Hs have seen over 1.5 first-half goals. Gladbach are yet to concede a league goal from the 61st-75th minute. Bayern have scored a league-high four away league goals in the opening 15 minutes. 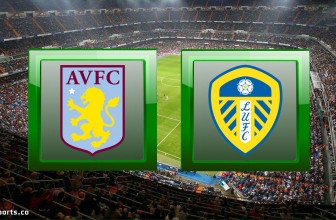