Jonathan Woodgate endured the worst defeat of his career last time out, after Middlesbrough conceded four first-half goals at home to Sheffield Wednesday (1-4). Notably, no matches that ‘Woody’ has overseen prior to this in his managerial career have been settled by more than a single-goal margin (all comps 90 minutes: W2, D4, L4). The hosts have picked up at least six points less, scored fewer (1.0 per match average), and conceded more goals (1.44) than at this stage of each of the last four second-tier campaigns. First-half fireworks are not the norm, as three of their five home games so far saw a goalless first half.

Visiting manager Alex Neil has a mixed record in seven prior competitive H2Hs with Middlesbrough, but is unbeaten in the last two. The last four encounters have each seen both sides score. Preston are yet to see a goalless first half in any league game this season, though both teams scored before half-time in only 22.22% of those games. Preston have conceded an equaliser on just two of seven occasions in which they took a lead this term, whilst scoring an equaliser themselves on three of five occasions in which they fell behind (Championship). 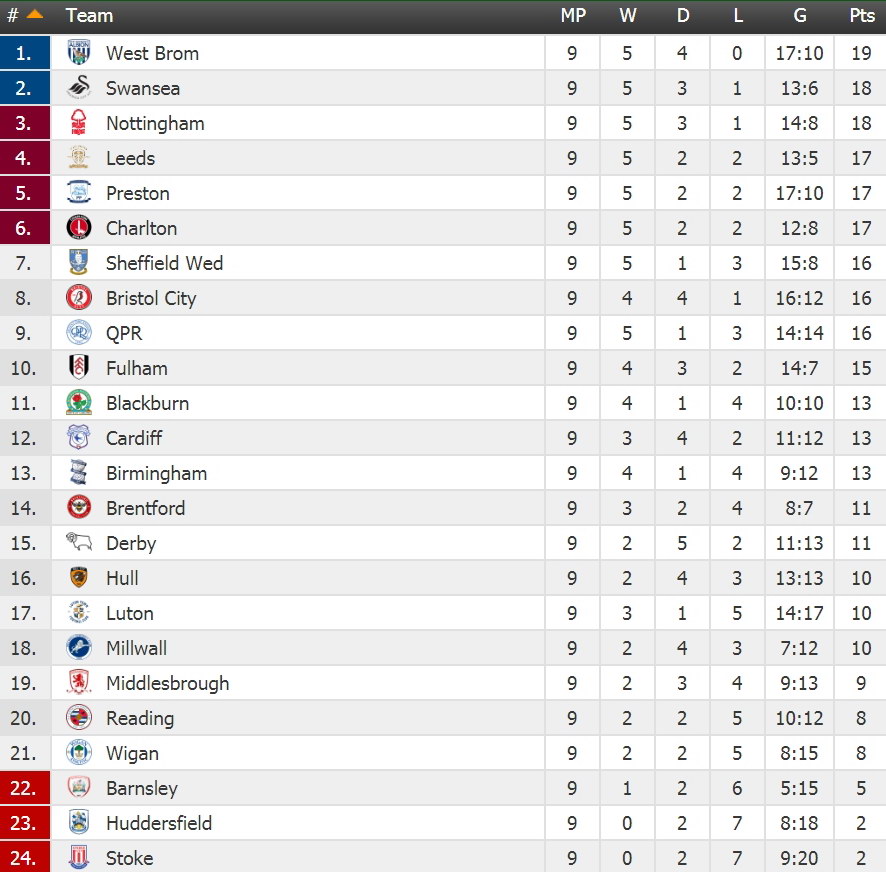