Marseille enter this match looking to complete a run of seven consecutive games without a loss in Ligue 1 (L1). With that good form behind them, they have reason to believe they can further build on their outstanding historical top-flight H2H home record against Rennes. If they do win here, it will likely be with a clean sheet, as the ‘Olympians’ have registered one in eight of their last nine L1 home victories. Scoring first could be a game decider in any case, as Marseille are unbeaten in the last 14 L1 home games in which they have scored the opening goal.

Visitors Rennes travel here being winless in their previous four top-flight matches, while failing to score on two occasions. Yet, if they fail to score against Marseille in this one, it would be the first time since April-May 2016 that any Rennes side has failed to score in three successive L1 away games.
On a more positive note however, ‘Les Rennais’ possess the best away defence this season, conceding just 0.25 goals on average per away game. Moreover, the fact that they’ve claimed 63,64% of their L1 season points on the road will surely bring confidence to their fans. 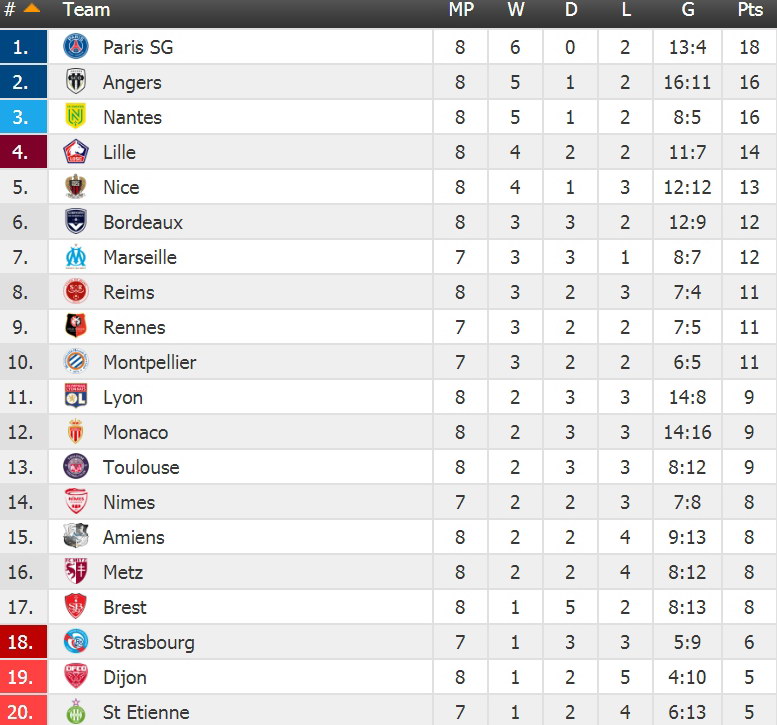