Lyon are now winless in their last seven Ligue 1 (L1) fixtures (D3, L4). The longest current run in the division. OL are also the only team in Ligue 1 to lose their last two games in the top-flight. Significantly, those three draws have witnessed both teams scoring, while the other six games (win/loss) this L1 campaign have seen only one side score. Lyon have gained only nine points after nine games in Ligue 1 in 2019/20, their worst tally at this stage of the competition since 1995/96 (also 9 – 11th at the end of the season). OL have never finished in the top 10 when they have picked nine points or fewer (with 3 points for a win) at this stage of the season in the history of the competition. Lyon have scored in each of their eight games against Dijon in Ligue 1 (23 goals in total). Dijon are the team that Lyon have faced the most in the top-flight without failing to score. Yet, if they fail to score here, it would be the first time since August 1997 that any Lyon side has failed to score in three successive L1 home games. Above all, scoring first in this game could be vital to Lyon’s chances as they are unbeaten in 16 of the last 17 L1 home games in which they have grabbed the match opener (W12, D4, L1). Lyon are winless in their last two home games against Dijon in Ligue 1 (drawing 3-3 in September 2017 and losing 1-3 in April 2019), this after winning their first two.

Here they face a Dijon side that has recorded just two victories across its last 21 L1 road trips in the regular season (W2, D3, L16). Relevantly, their 2-1 win away to Reims in their last L1 away outing put an end to a dreadful streak of six straight away losses in the league. Dijon have won their last two games in Ligue 1 (2-1 at Reims on 28th September and 1-0 against Strasbourg on 5th October), their best run since May-August 2018 (4). However, that result made it 20 consecutive away matches in the top-flight without a clean sheet! One consolation for Dijon is that they won the last H2H meeting at Groupama Stadium back in April, despite conceding the opener in the first minute of play. 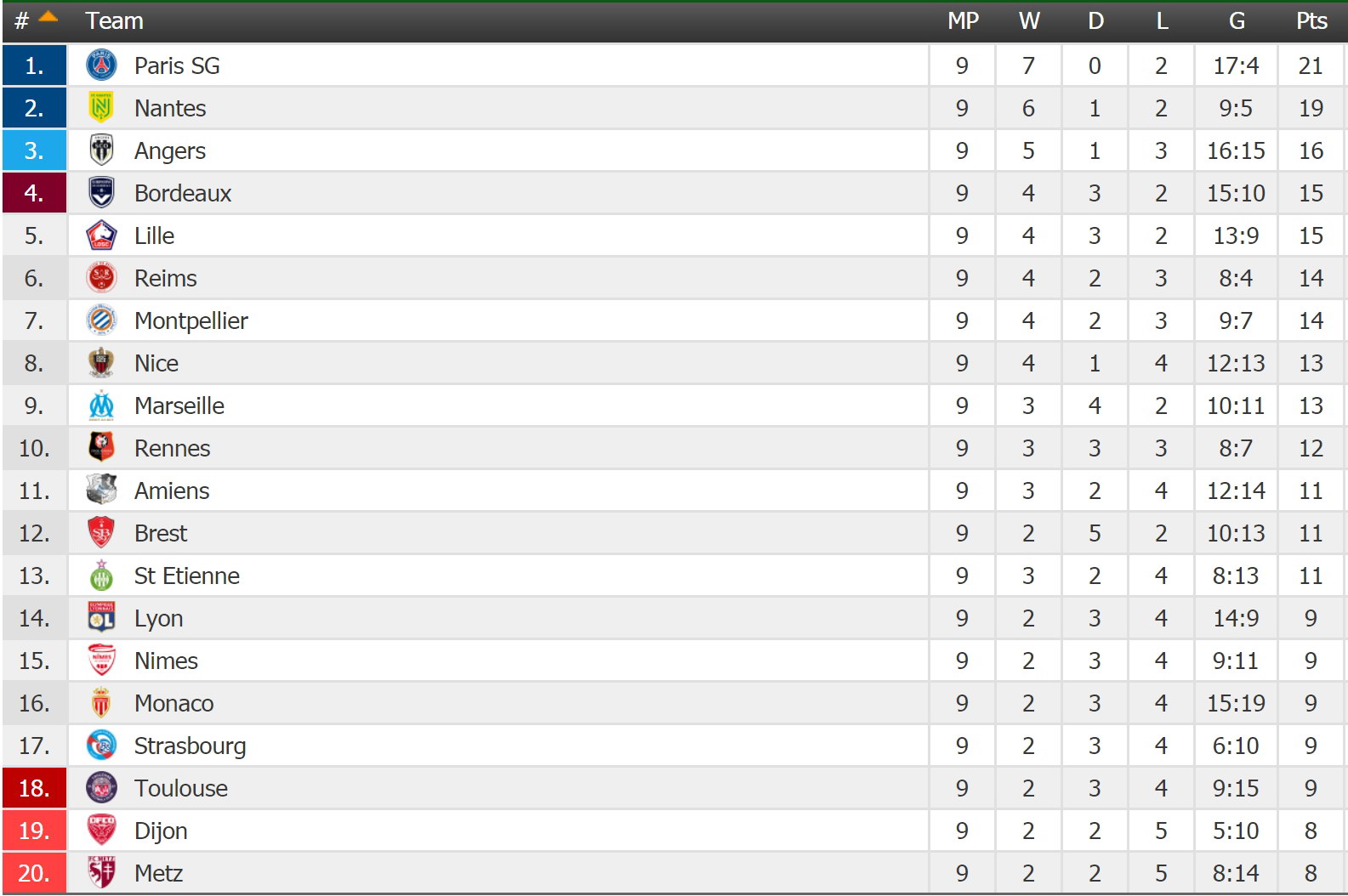