Despite conceding first, Juventus beat Brescia 2-1 on Tuesday and have now won four of their five Serie A matches this season, scoring at least one first-half goal in each victory. At home, the ‘Bianconeri’ have won both of their SA games by a one-goal margin, scoring the same amount of goals in both halves.
That midweek Brescia result was the second time in a row that Juventus have conceded the opener within 22 minutes, but they have opened the scoring in the last three H2Hs against Spal that didn’t end goalless. However, they have conceded the opener in four of their previous six SA home games.

Only goal difference prevents Spal from sitting rock-bottom after four losses in the opening five rounds. The visitors lost to Lecce last time out (1-3) and have now conceded exactly three goals in three of their four losses. Stretching back into last season, Spal have lost six of their previous seven SA games.
Away from home, the visitors have lost both their games this season ‘to nil’, losing the second half by a 1-0 scoreline each time. Spal finished strongly last season though, with two wins in their last three away games scoring four goals in both victories. 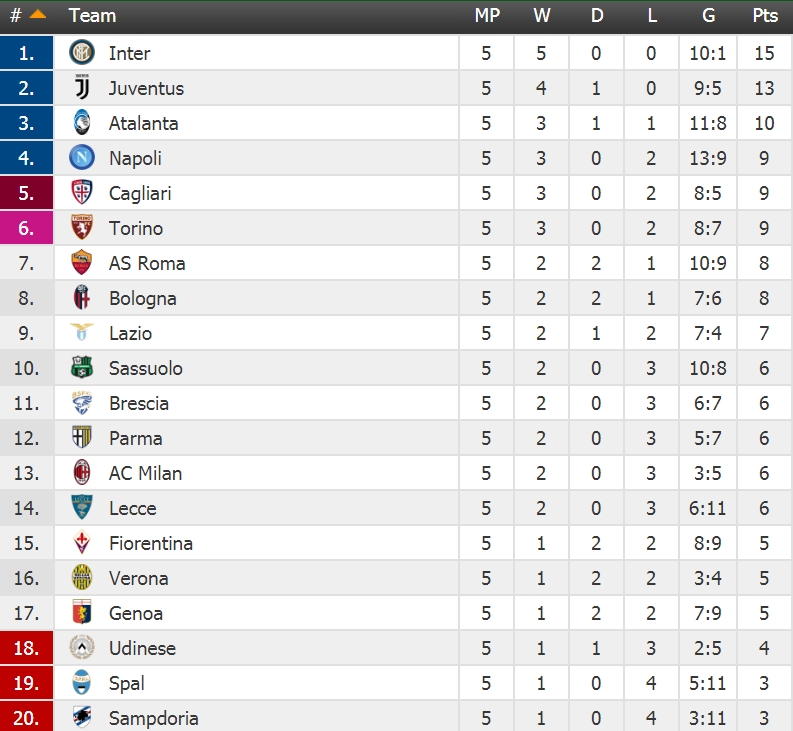