Juventus have only lost one of their 31 Serie A meetings against Bologna in the 21st century (W22 D8), a 0-2 defeat in February 2011, with Alberto Malesani in charge of the Rossoblu. Ahead of this round, Juventus top Serie A (SA) after beating Internazionale 2-1 last time out to record their fourth straight league win. All four victories saw the ‘Bianconeri‘ score exactly two goals, registering one goal in all eight halves during this run. Furthermore, they have scored in both halves in their four competitive home games this season (W4). Among the teams they have faced more than 25 times away from home in Serie A, Juventus are the side against which Bologna have recorded the lowest winning percentage on the road (7% – 5/72). The hosts have won 12 of the last 13 H2Hs (D1), keeping a clean sheet in nine, which has also been the case in two of their last three competitive matches. Additionally, Juventus have opened the scoring in six of their nine competitive fixtures this season, and in four of the last six home H2Hs (W6). Juventus are unbeaten in their last 24 Serie A home games, the longest current run among the teams in the league this season – Lazio have the second longest with four.

Bologna are on a four-game winless run after a 2-2 draw last time out (D2, L2). It will be tough to get back to winning ways though considering the last time they won here was in 2011, with Bologna failing to score in four of the last five H2Hs. The first half will likely be crucial, as the ‘Rossoblù‘ have conceded seven of their nine SA goals before the break. After having won two of their first three league games this season (D1), Bologna have earned just two points from their last four matches – they last failed to win in five games in a row in January 2019. On the road, Bologna haven’t scored in their last two SA matches after previously netting four goals against Brescia (15th September). That game represents 80% of their away league goal haul this term. Bologna have only won one of their last eight Serie A away games (D4 L3), after having won two of the previous four (L2). 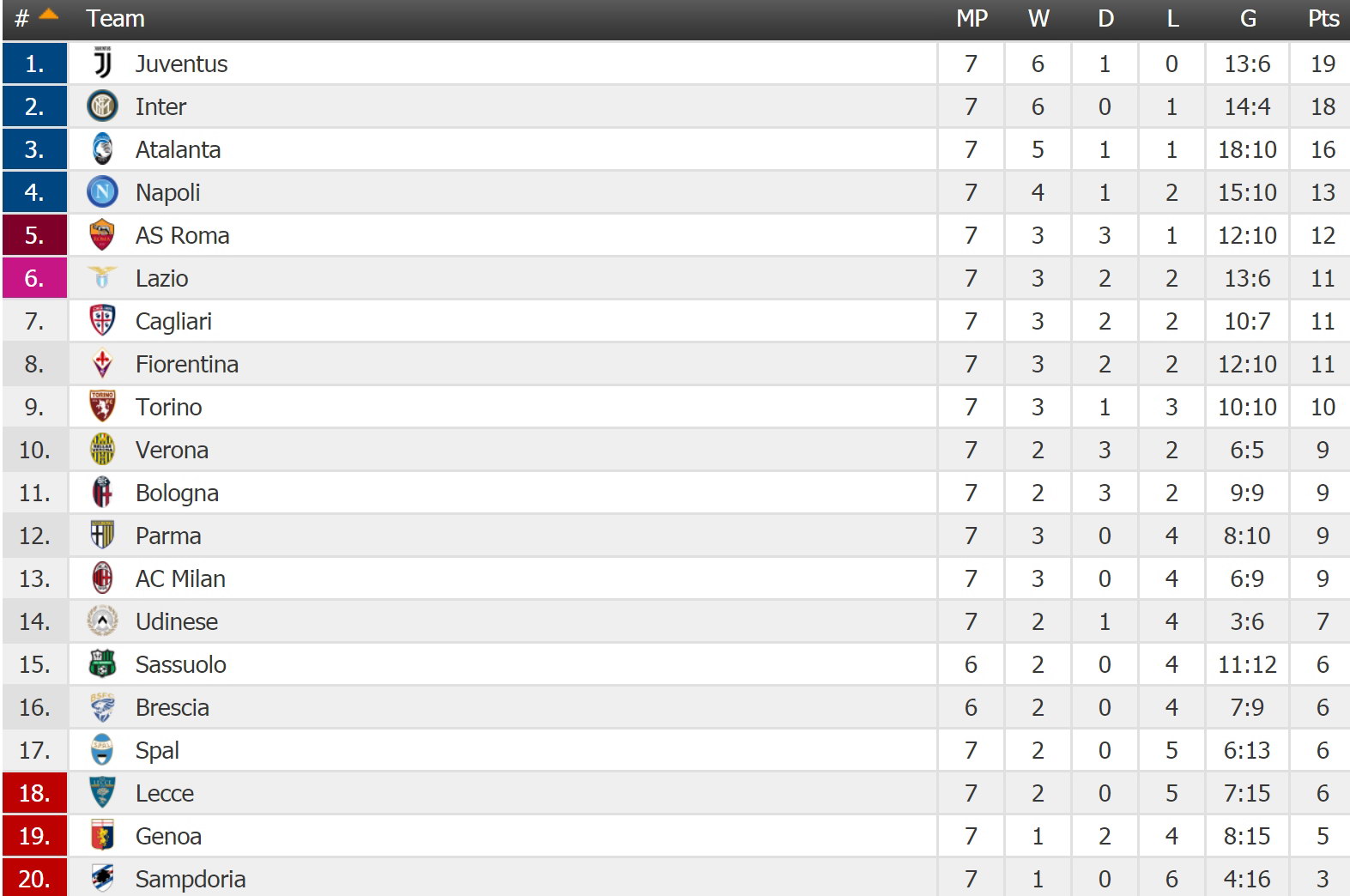