Crystal Palace are winless in their last four Premier League home games against Man City (D1 L3) since a 2-1 win in April 2015. A Crystal Palace side unbeaten at home (W2, D2) in the Premier League (PL), take on reigning champions Manchester City having held their own in the last three H2Hs (W1, D1, L1). The ‘Eagles’ have conceded just one goal at home this season, and have seen an average of only 1.25 total goals per home league fixture. Crystal Palace are looking to secure three consecutive Premier League wins within the same season for the first time since May 2018. The Eagles have alternated between a draw and a win over their last six Premier League home games. Indeed, their overall average of 2.0 total goals per match is the second lowest in the league. Part of that is down to cautious starts, with a joint-high five of their eight PL matches being tied at half-time – all five were goalless at the break.

Man City have scored in 15 of their last 16 Premier League meetings with Crystal Palace, failing only in a goalless draw in December 2017 which ended their top-flight record run of 18 consecutive victories. After two defeats in their last five PL matches (W3, L2), City have seen Liverpool’s lead at the top increase to eight points. They remain the division’s highest scorers though (3.38 goals per match on average), and have netted at least two goals in every away match so far. However they have claimed just three clean sheets from the opening eight PL rounds. Manchester City have won 10 of their last 11 away league games, losing only against Norwich in this run. They’ve found the net at least once in each of their last 15 league games on the road, netting 36 goals in total. Overall, City have won 18 of their last 21 PL matches, with 12 arriving by at least a two-goal margin, including all five wins this season. Goals look likely then, especially as four of the last five H2Hs produced over 3.5. Manchester City have won nine of their last 10 Premier League games in London, losing the other against Chelsea in December 2018. 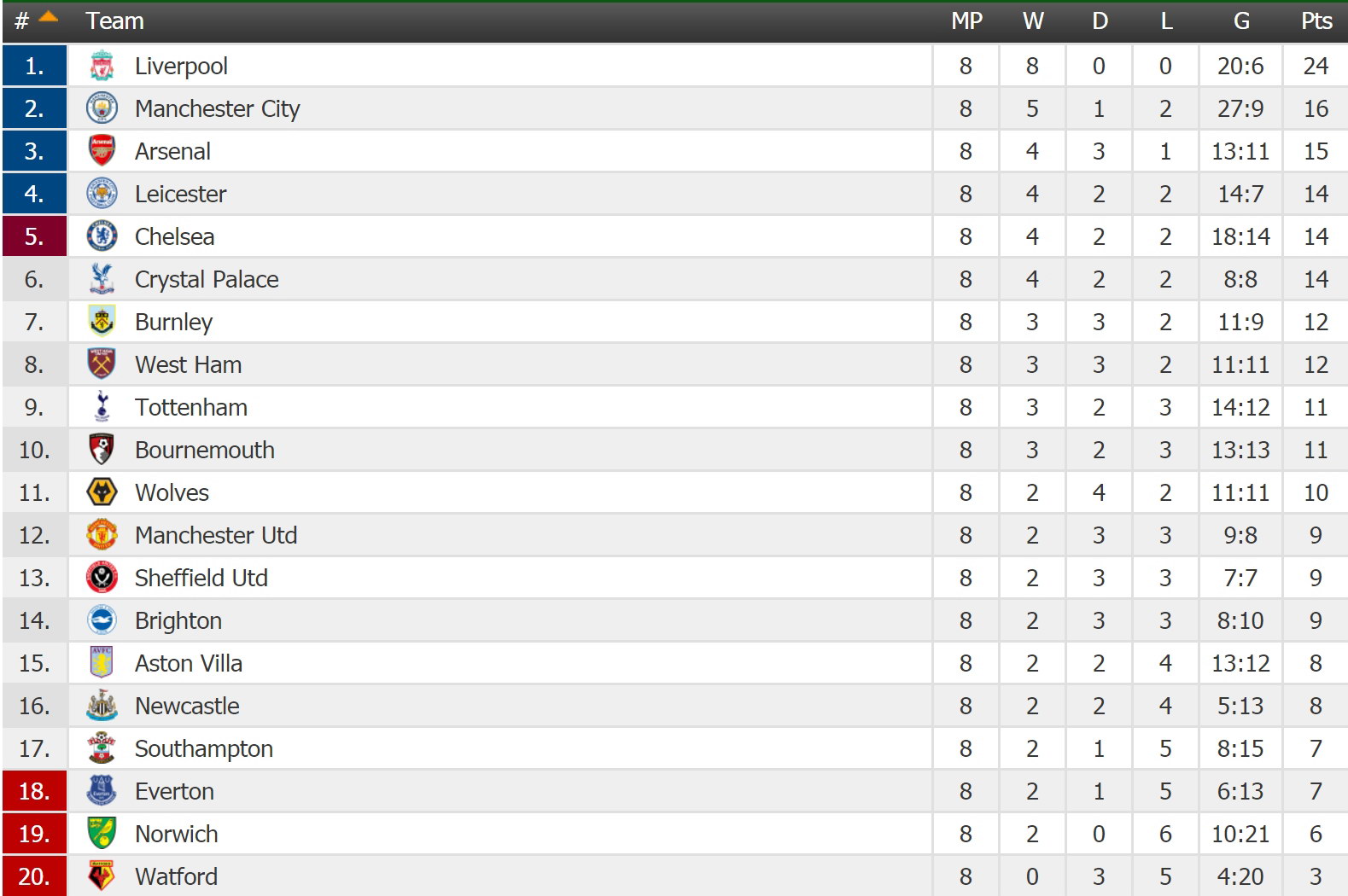