Atalanta and Lecce drew their last Serie A match in 2012, despite the Bergamaschi striking the woodwork four times – a record for the club in a single top-flight game since 2004/05. Lecce have won two of their first six games in this Serie A season (L4); in the last Serie B campaign, they had collected two wins at this stage of the season (D3, L1). Atalanta have both earned the most points (54) and scored the most goals (53) in Serie A in 2019. Lecce have won only one of their 11 Serie A games (D5, L5) away at Atalanta (4-3 in 1994). Atalanta have scored at least two goals in each of their last five home Serie A games: only twice before have they scored 2+ goals in six consecutive home matches (in 1949 and 2008).

Atalanta may have lost both their Champions League matches so far, but in Serie A (SA) they’ve won four of six, including their last two (W4, D1, L1). Their games are usually goal-filled with seven of their eight competitive fixtures this season featuring over 2.5 goals, and five producing over 3.5. ‘La Dea’ have now scored eight goals across their last three SA matches (W2, D1) with seven of those arriving in the first or last 30 minutes of play. Yet despite scoring exactly twice in both SA home matches so far, Atalanta are still chasing their first top-flight home win of the season (D1, L1) – notably, three of the five league goals they’ve conceded here arrived after half-time.

Lecce have won only two SA games this season (L4), but both came on the road. The visitors found the net in both halves of those wins and opened the scoring each time – which was also the case with all six of their Serie B away wins last year. Scoring first might be crucial here as the team that has done so in Lecce’s last 13 competitive games, went on to win (W7, L6). The eventual winner was leading at half-time only six times across that period though, with five of the remaining seven half-time stalemates being goalless. 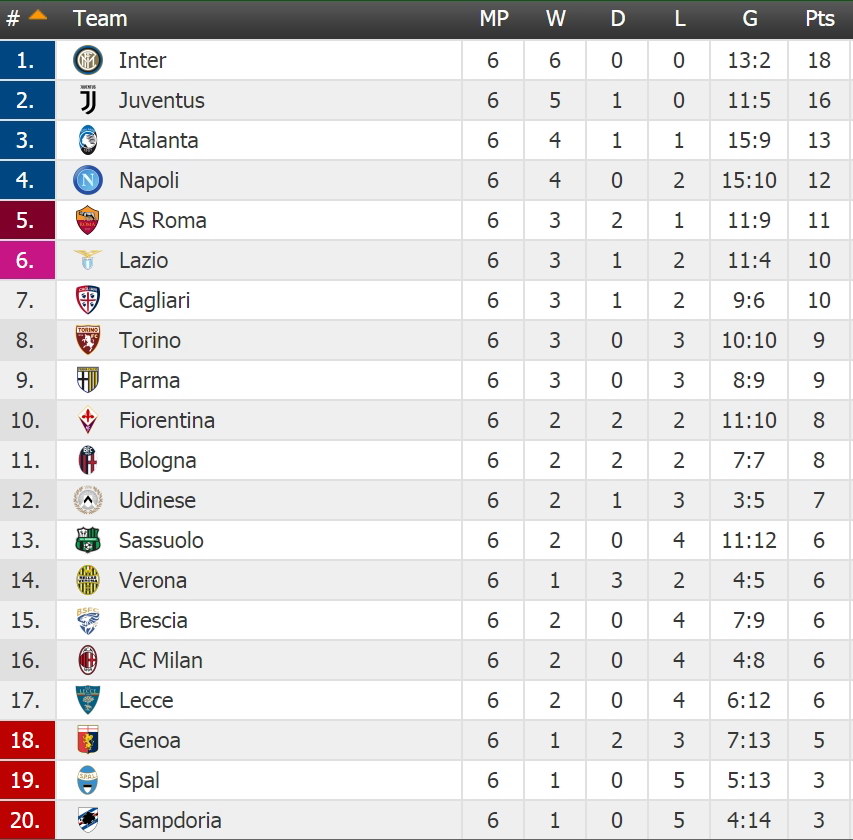